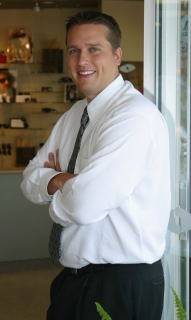 Dr. Danny Mus is a native of Mississauga with close ties to the community. He completed his Bachelor of Science degree at the University of Toronto at Erindale. He then continued on to Chicago where he graduated Magna Cum Laude after the successful completion of his doctor of Optometry degree at the Illinois College of Optometry in 2008. He received extensive training in the diagnosis, treatment and management of ocular diseases while attending his internships at the Las Vegas (Nevada) and Tuscaloosa (Alabama) Veteran Affairs Medical Centers. He has additional interests in low vision, pediatric and contact lens eye care. Dr. Mus has participated in several volunteer eye care programs throughout North America including the Chicago Fire Youth Health Fair. He is fluent in Croatian. Dr. Mus is delighted to be back home in Mississauga with his wife and two daughters where he looks forward to further serving his community.